VM600Mk2 – No Customer Left Behind 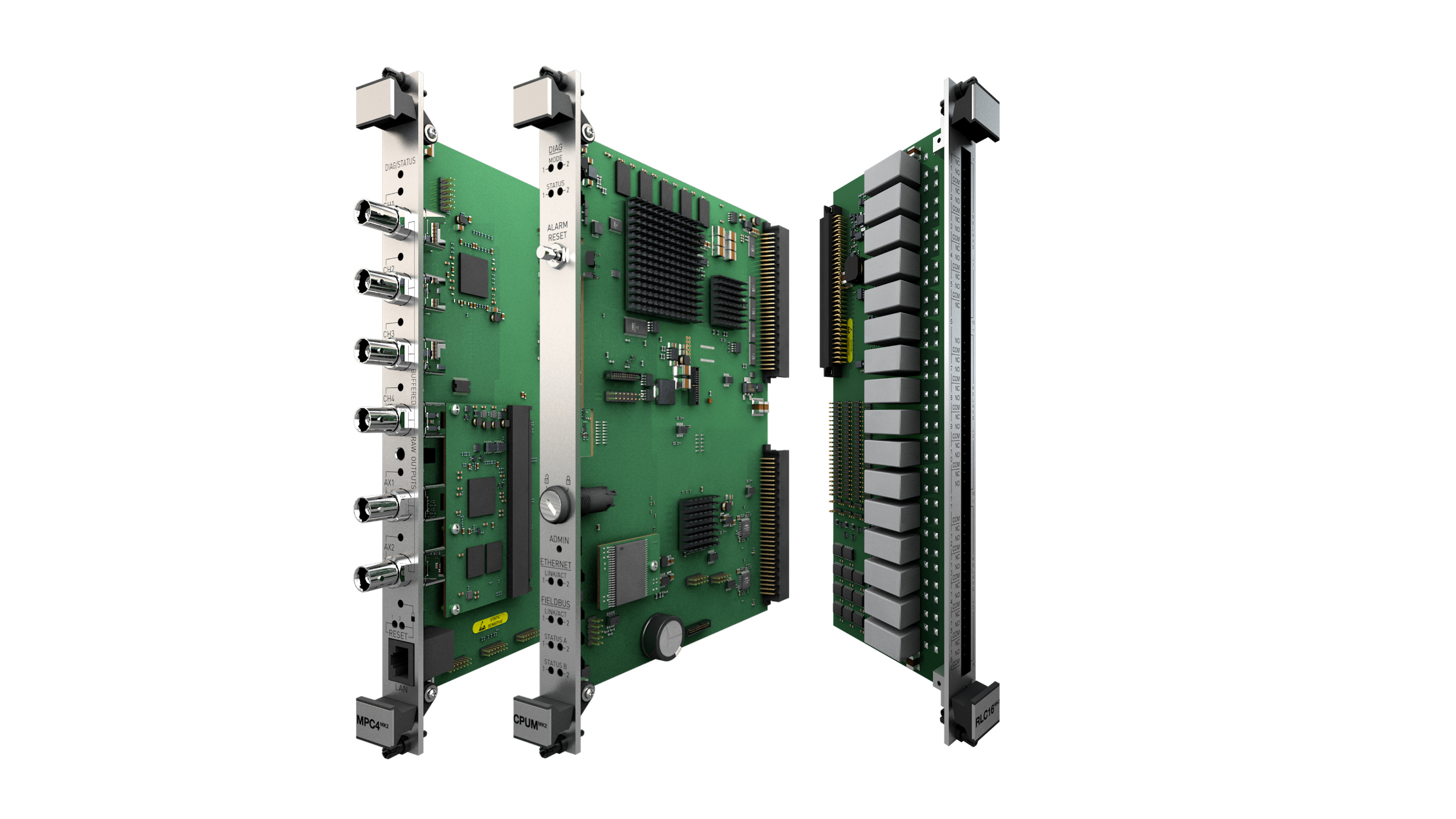 When we introduced the VM600 platform 21 years ago, we “broke the mold” by moving away from application-specific modules. The industry paradigm at that time was generally one module for accelerometers, another for velocity sensors, another for proximity sensors, another for thrust, still another for case expansion, yet another for speed, etc. There were even different modules for RMS versus peak measurements. In fact, at that time, competing platforms had as many as 120 different module combinations when the monitor card plus I/O card was considered. It made for a substantial spare parts burden as well as substantial training on so many different permutations. Although the situation was getting moderately better under newer platforms, we were the first company to introduce a truly “universal” module capable or addressing all measurements except temperate in a single piece of hardware. It even had self-contained relays and two “auxiliary” channels that could be used for speed / phase reference sensors or DC-type process signals. It was truly a self-contained, 4-channel machinery protection system on a single card. The rack chassis needed to do little more than supply power and act as a mechanical holder for multiple modules. We called it the MPC4 (Machine Protection Card – 4 channel), but in reality it could accommodate 6 channels (4 universal channels + 2 speed channels). If we had to rename it today, in fact, we would probably call it the MPC4+2. 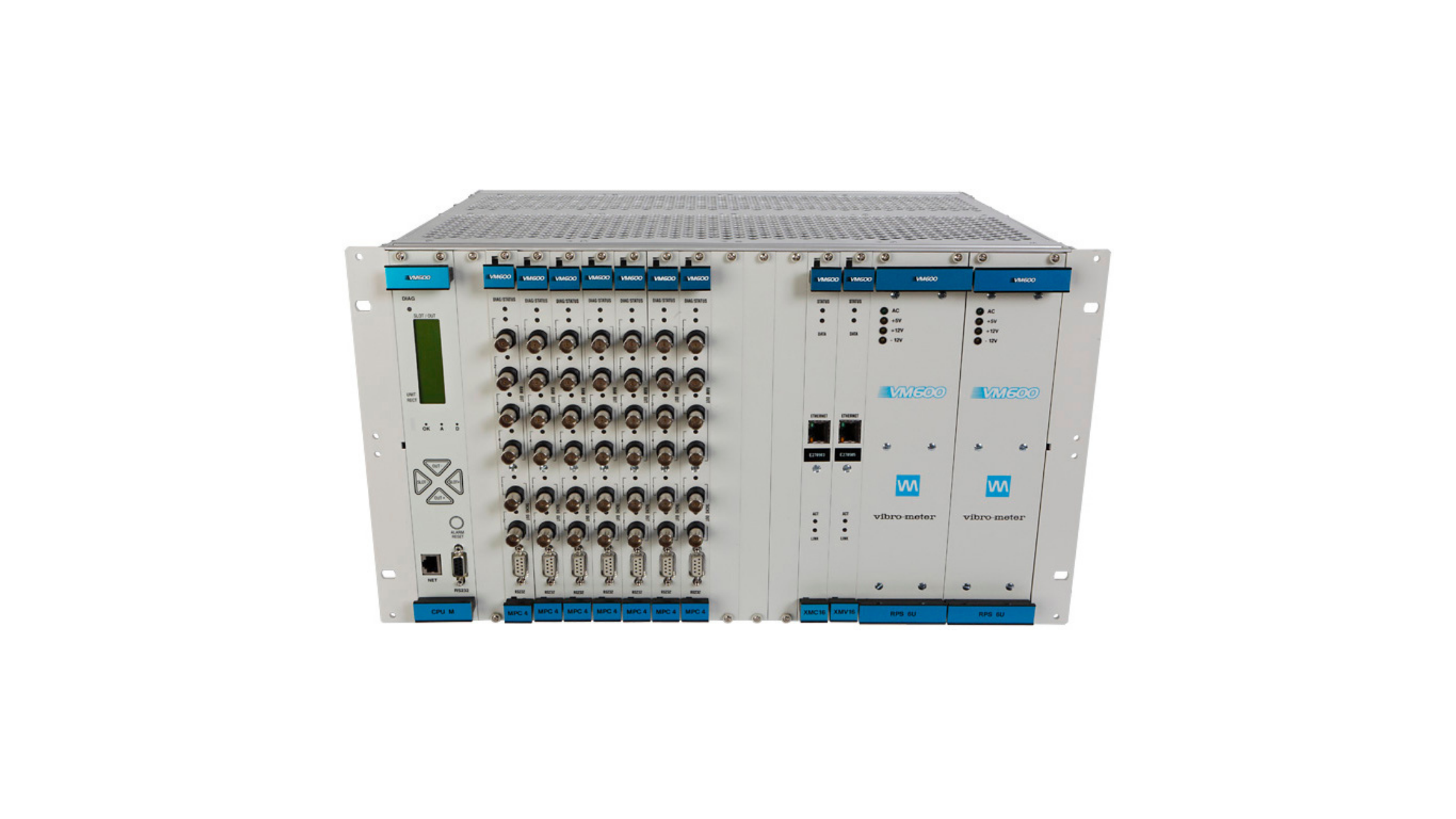 The “one card does it all” approach turned out to be groundbreaking. They say that imitation is the sincerest form of flattery, and we take it as a very high compliment that many other companies have now followed our lead with their own versions of universal modules – but few quite so universal as ours even though they have had more than 20 years to catch up.

As we set out to develop a 2nd generation platform, we knew this universal module concept had to remain part of what made the original VM600 so successful.

Making a great product even better

The VM600 has been immensely successful for us. More than 8,000 systems are now installed worldwide, spanning 240,000 protection channels and 88,000 condition monitoring channels. But with all this success, the ability to continue obtaining components for our “legacy” VM600 platform has become very challenging. We began planning several years ago for a 2nd generation platform partly because we knew that our supply chain for the legacy model would eventually dry up, but also because we understood there were new customer requirements that could only be fully met under a new platform. In the last 20 years, cybersecurity has moved from being an unknown word to being at the very top of customer concerns. During the same time, the need to integrate condition monitoring functionality with protection functionality has continued to increase in importance, but without introducing vulnerabilities that allow the condition monitoring system to compromise the protection system. SIL remains highly important as well, along with the ability to combine the monitoring of combustion dynamics on gas turbines with the monitoring of conventional vibration measurements on both the gas turbine and its driven machinery.

As we sat down at the drawing board, we realized that it was time to be innovative once again – but in a different way. Where in the late 1990s we ‘broke the mold” in our design by moving to a completely different approach of “one card does it all”, this time we needed to be innovative by delivering improved functionality without heavily inconveniencing our customers. Frankly, there are few things more disruptive to customers than telling them they must “rip and replace” their existing platform and replace it with an entirely new one to receive improved performance and an additional 15-20 years of system life. It’s almost like penalizing existing customers by requiring them to make the same investment as that of a brand-new customer.

We knew that simply wouldn’t do.

As we looked at the existing architecture, we realized that an entirely new system wasn’t necessary – merely new cards. Cards that could use the same backplane, same chassis, and same power supplies. Cards that would combine the machinery protection functions more tightly with the condition monitoring functions, yet without creating vulnerabilities. Cards that would meet stringent IEC 62443 requirements along with SIL-2 certification for those customers that need vibration-related measurements as part of a safety instrumented system. Cards that provided more flexibility with its on-board relays. And cards that could use modern, ethernet communications.

That’s exactly what we’ve delivered with the new MPC4Mk2.

The MPC4Mk2 isn’t the only thing new in the VM600Mk2. We’ve also introduced a new communication module (CPUMMk2), a new relay module (RLC16Mk2), and companion I/O cards for all of the “Mark 2” modules. We have also completely revamped our configuration environment with graphically driven software packages called Protect and Capture that are part of our VibroSight™ Suite. Protect is used to configure the protection aspects of the system and generates mpscfg files (machine protection system configuration). Capture is used to configure the condition monitoring aspects of the system and generates cmscfg files (condition monitoring system configuration). Not only do they represent more modern user interfaces, they completely segregate protective aspects from condition monitoring aspects while speeding configuration tasks by up to 50%. 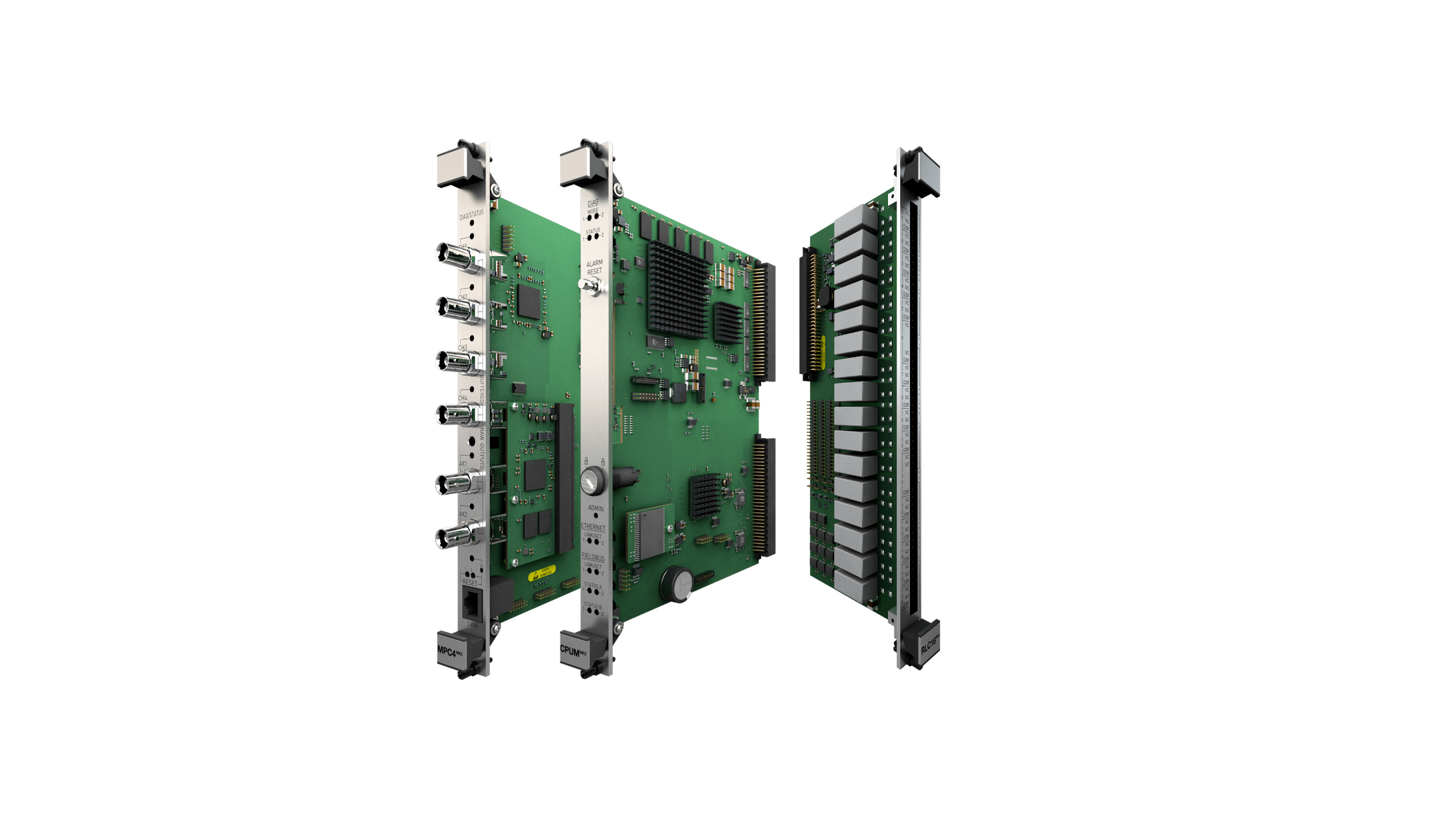 Our 2nd generation VM600 platform introduces (L to R) the MPC4Mk2, CPUMMk2, and RLC16Mk2 modules along with companion I/O cards.

A few things haven’t changed. As we mentioned, the chassis, power supplies, and backplanes remain the same – the ingredients that allow us to eliminate “rip and replace” scenarios for existing VM600 users. Software connectivity remains the same to our powerful VibroSight™ Suite and its Diagnostic Rule Box expert system for automated machinery diagnostics. And, our combustion dynamics monitoring via the 16-channel XMC16 module remains unchanged. For customers that are looking for simply a condition monitoring platform that operates without an underlying protection system – or is stacked on top of an existing protection system – our 16-channel XMV16 module can still be used. As the adage goes, “if it ain’t broke, don’t fix it.” 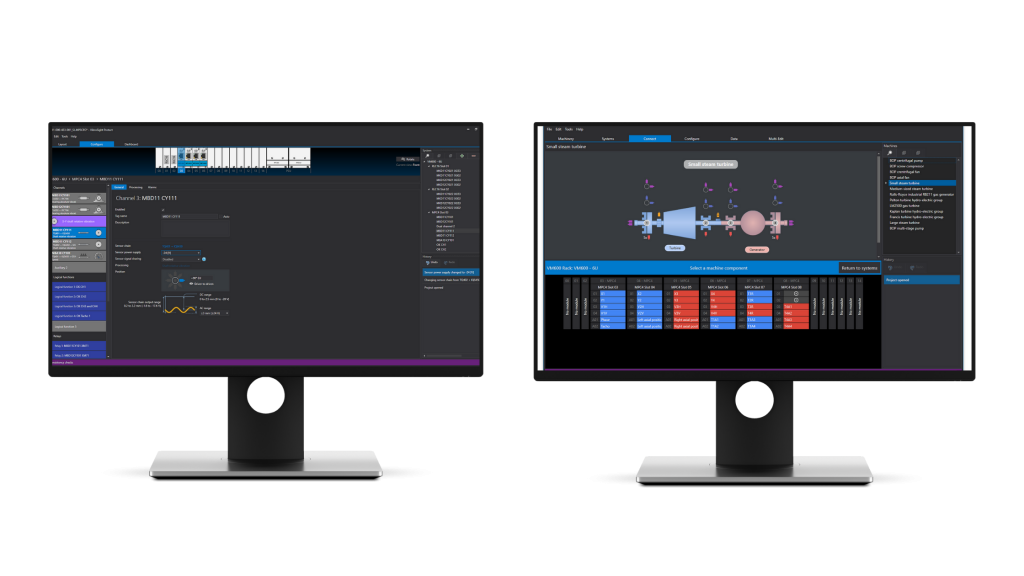 No customer left behind

With the VM600Mk2, we’ve taken great care to ensure that new customers receive the most powerful technology in a field-proven architecture. But we’ve also made sure that no customer is left behind with a requirement to “rip and replace” as the only path to improved performance and improved value. The VM600Mk2 gives you the opportunity to refresh aging modules that may have reached the end of their useful lifecycle with new modules offering better functionality and performance, yet all while retaining the same chassis, wiring, and connectivity. 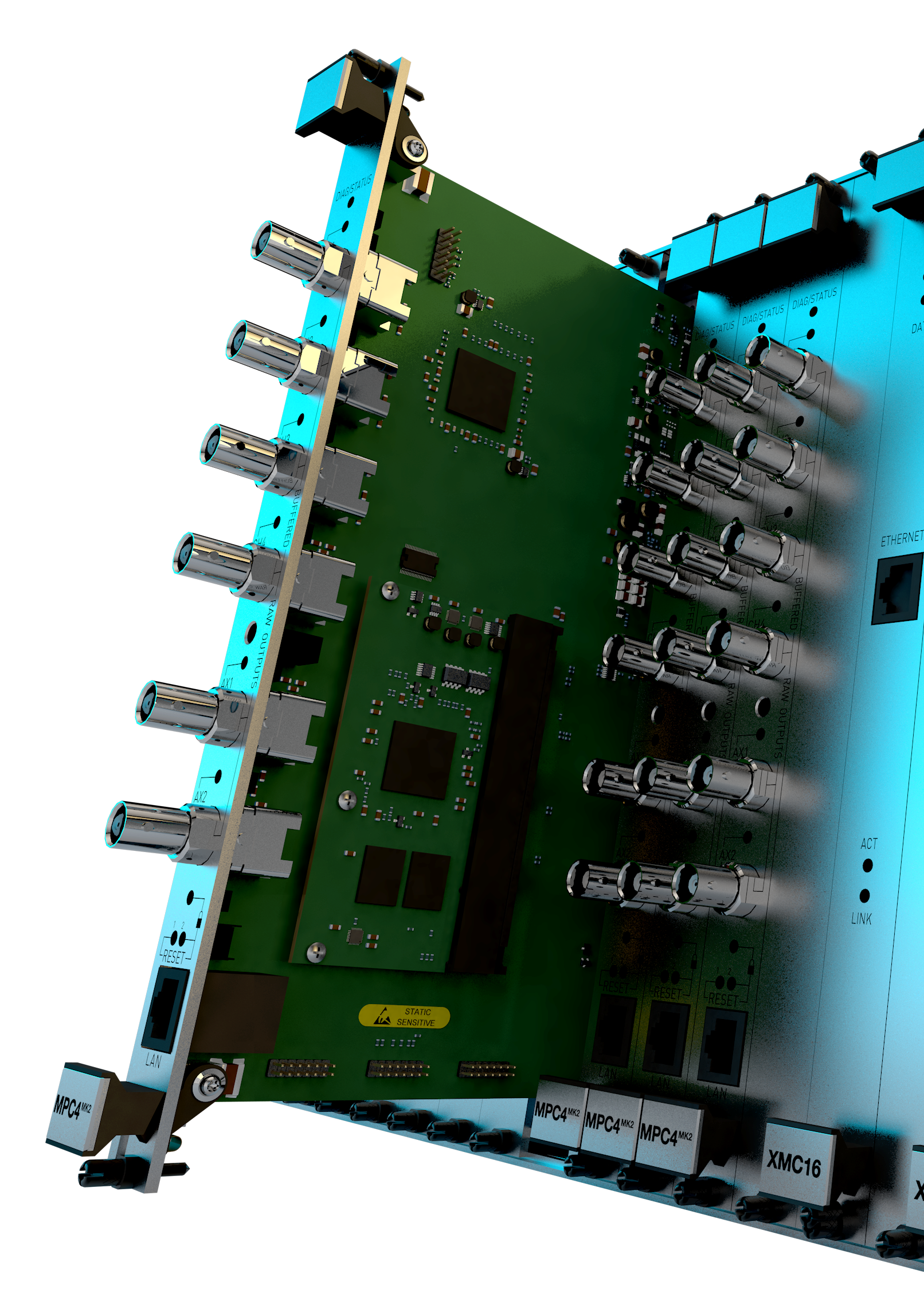